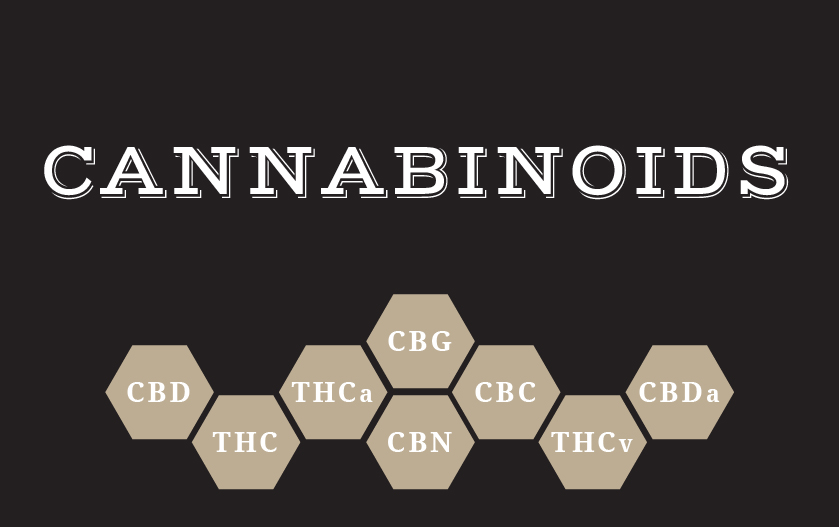 As human beings we naturally produce cannabinoids in breast milk, which means we regularly intake cannabinoids as infants. We have specific receptors located within different parts of the central nervous system to interact with these cannabinoids.

Two of the most common cannabinoids found in hemp and cannabis are cannabinol, or CBD and tetrahydrocannabinol, or THC. They are usually present in the highest concentrations, and are therefore the most recognized and studied. CBD and THC levels tend to vary among different strains as the relative ratios affect the outcome of use. As mentioned earlier, cannabinoids affect the user by interacting with specific receptors (CB1 and CB2 receptors), which are located within different parts of the central nervous system. CB1 receptors are typically found in the brain, while CB2 receptors are typically found in the guts. Interactions tend to occur in our:

1) Limbic system (the part of the brain that affects memory, cognition and psychomotor performance),

2) Mesolimbic pathway (activity in this region is associated with feelings of reward), and 3) also is widely distributed in areas of pain perception.

Finally, I want to introduce the Entourage Effect, which is the interaction between cannabinoids and terpenes (the molecules responsible for cannabis’s smell) , found in cannabis and hemp plants. The Entourage Effect works by applying various chemical compounds, including THC and CBD synergistically, which means in order for the plant to work as a medicine you must use the whole plant, not just a part of it.