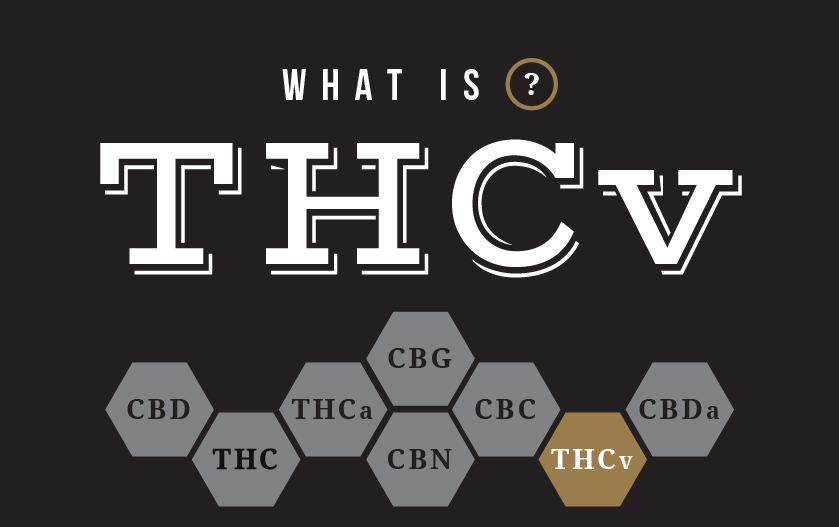 THCV is similar to THC in molecular structure and psychoactive properties, but it provides a variety of pronounced and altogether different effects. Both cannabinoids THC and THCV affect the same receptors, but they do so in a different manner as THCV produces a much different high. THCV is psychoactive, but causes more of a psychedelic, clear-headed effect, and it causes the effects of THC to hit you much faster. With this being said, THC effects also die off a bit more quickly with the presence of THCV. Tetrahydrocannabivarin (THCV) is actually an antagonist (a type of receptor that blocks or dampens agonist-mediated responses rather than provoking a biological response itself upon binding to a receptor) of the CB1 and CB2 receptors.

What are THCV’s Effects and Benefits?

Where Can I Find THCV?

Most strains only contain trace, undetectable amounts of THCV, making it difficult to achieve the desired therapeutic effect. THCV is most abundant in sativas, particularly landrace strains from Africa, like Durban Poison, and the haze strains. Ask about parent genetics as plenty of strains have hybridized African genetics that predispose it to a higher THCV potential. At FARM we carry strains such as Red Congolese and Sweet Skunk which contain relative amounts of THCV. Speak to any one of FARM’s knowledgable budtenders for dosing information, and other THCV alternatives.